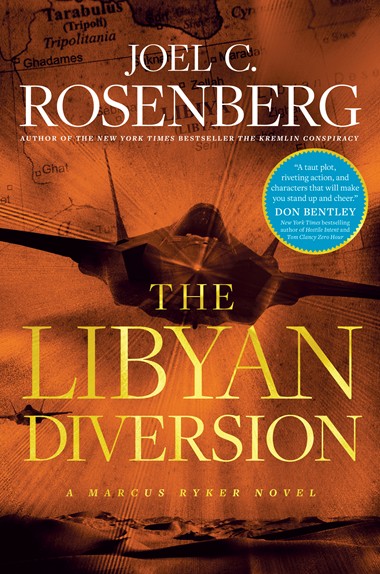 The world’s most wanted terrorist is dead. Marcus Ryker recommended the drone strike himself. The intelligence was rock-solid. But what if it was wrong?

Abu Nakba—the man responsible for lethal attacks in Washington, D.C., London, and Jerusalem—is finally dead. Marcus Ryker has been tasked with hunting down and destroying what’s left of the terror group Kairos.

But before Ryker can mobilize his team of CIA operatives with their new assignment, a disturbing report from Libya suggests all may not be as it seems. The U.S. bombing that should have taken out Nakba’s headquarters now appears to have been a disastrous mistake—and Ryker himself may be responsible.

With Kairos gearing up for a major retaliatory strike against the U.S., time is short, and terror cells may already be inside American borders. But Ryker won’t be able to stop this threat until he clears his own name, and his closest ally inside the White House can no longer help him.

The Libyan diversion threatens to leave Ryker on the sidelines just when his country needs him most.

Packed with action and intrigue, this thriller novel is everything Joel’s fans have come to expect.