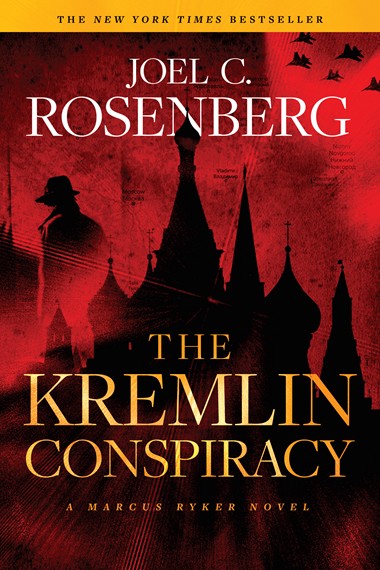 “Rosenberg cranks up the suspense, delivering his most stunning, high-stakes thriller yet.” —Publishers Weekly
“A stellar novel of riveting action and political intrigue.” —Mark Greaney, #1 New York Times bestselling author of Agent in Place
“Absolutely blown away by how good this guy is. . . . Simply masterful.” —Sean Parnell, New York Times bestselling author of Outlaw Platoon
“An uncanny talent for focusing his storytelling on real-world hot spots just as they are heating up.” —Porter Goss, former director of the CIA
“A full-throttle and frightening ride through tomorrow’s headlines.” —Brigadier General (U.S. Army, Retired) A. J. Tata, bestselling author of Direct Fire

Everything he learned to protect our president, he must use to take out theirs.

With an American president distracted by growing tensions in North Korea and Iran, an ominous new threat is emerging in Moscow. A czar is rising in the Kremlin, a Russian president feverishly consolidating power, silencing his opposition, and plotting a brazen and lightning-fast military strike that could rupture the NATO alliance and bring Washington and Moscow to the brink of nuclear war. But in his blind spot is former U.S. Secret Service agent Marcus Ryker, trained to protect but ready to kill to save his country.