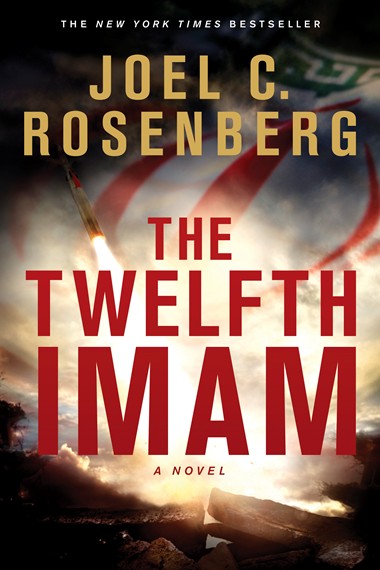 The Twelfth Imam is the first novel of a new political thriller series by Joel C. Rosenberg, the New York Times bestselling author of the award-winning Last Jihad series. Rosenberg takes you inside a world few will ever enter. Hold on to your seat—the twists and turns never stop coming.

Tensions are rising in the Middle East. Iran’s president vows to annihilate the United States and Israel. Israel’s prime minister says someone must hit Iran’s nuclear sites “before it’s too late.” The American president warns against a preemptive strike on Iran’s nuclear facilities and says negotiations are the key to finding peace.

And amid it all, rumors are swirling throughout the region of a mysterious religious cleric claiming to be the Islamic messiah known as the Mahdi or the Twelfth Imam. Word of his miracles, healings, signs, and wonders is spreading like wildfire.

CIA operative David Shirazi was born for this moment. He is recruited and sent into Tehran with one objective: use all means necessary to disrupt Iran’s nuclear weapons program, without leaving American fingerprints and without triggering an apocalyptic new war.

A native Farsi speaker whose family escaped from Iran in 1979, he couldn’t be better prepared for the mission. But none of his training has prepared Shirazi for what will happen next.